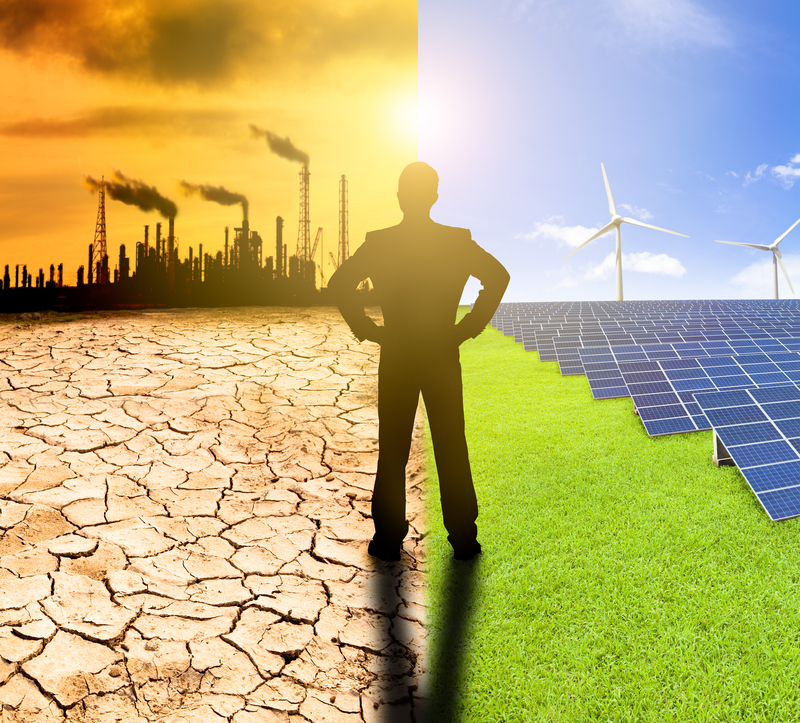 Around the world, clean energy is on the rise. More and more Americans are switching to green sources of electricity and consider doing so a priority. While you’ve probably heard of the movement towards renewable energy, you may be surprised to learn all the different environmental and economic benefits of clean energy. In this article, you’ll read up on what makes renewable energy the sustainable alternative to nonrenewable resources like fossil fuels and how you can make the switch.

What is Clean Energy?

Clean energy, also known as green energy, refers to electricity powered by renewable resources, which comes from nature and can be replenished. The benefit of renewable energy is that it’s powered by things we can’t run out of, like sunlight, and rarely causes pollution. Its sustainability and low environmental impact make it the best alternative energy resource to replace fossil fuels. However, renewable energy sources only powered about 17% of electricity generated by the US as recently as 2019.

What are fossil fuels, and why are they bad?

Fossil fuels are formed by nonrenewable energy sources found in the Earth’s crust and contain carbon and hydrogen that are burned for energy. This produces greenhouse gas emissions like carbon dioxide that warms the planet and creates climate change. Once used, these fuels cannot be replaced because the planet only makes so much of them, which is why they’re called nonrenewable energy sources. Natural gas, coal, oil, and nuclear energy are all types of fossil fuels. 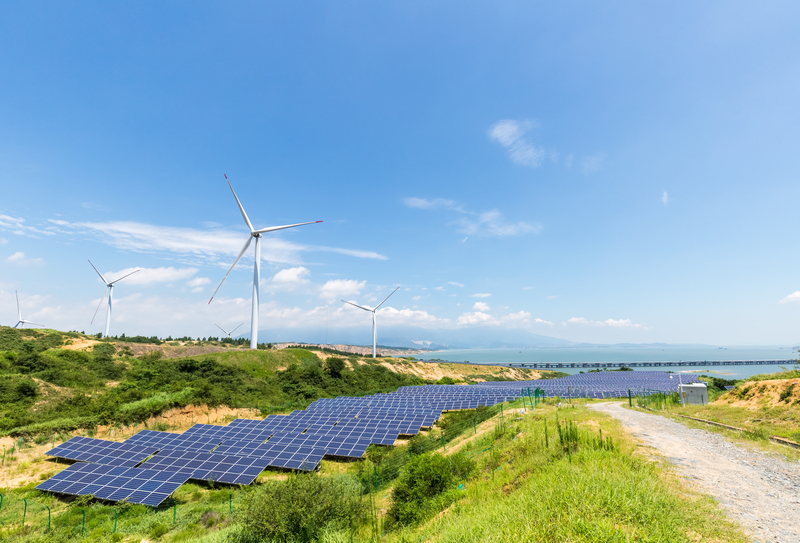 Renewable energy is considered “clean” because it uses sustainable resources like the sun, wind, and bodies of water. Here are the types of clean energy sources and how we use them:

Solar panels work by converting the energy produced by sunlight into usable electricity. Because it uses one of the most infinite resources on the planet, solar-powered energy does not pollute the environment when used. You can use it by installing the panels on the roof or at the ground level of your building.

Wind energy works by using large fans called turbines to power an internal electricity generator. So while it looks similar to a fan, which uses electricity to power wind, it’s actually doing the opposite. The best way to use wind-powered energy is at a mass level by finding an energy provider that will connect your home or building to a residential wind turbine.

Hydropower uses turbines to convert energy from flowing water in streams and rivers into electricity. One of the most used alternative energy sources, hydropower is typically stored in dams. On average, one dam has the ability to power 75-101 million average American homes.

Another form of hydroelectricity is tidal energy, which works by harnessing power from ocean tides.

Geothermal energy uses energy generated from steam that rises from pools of water beneath the Earth’s surface. You can use it to power your home or building with a geothermal heat pump. 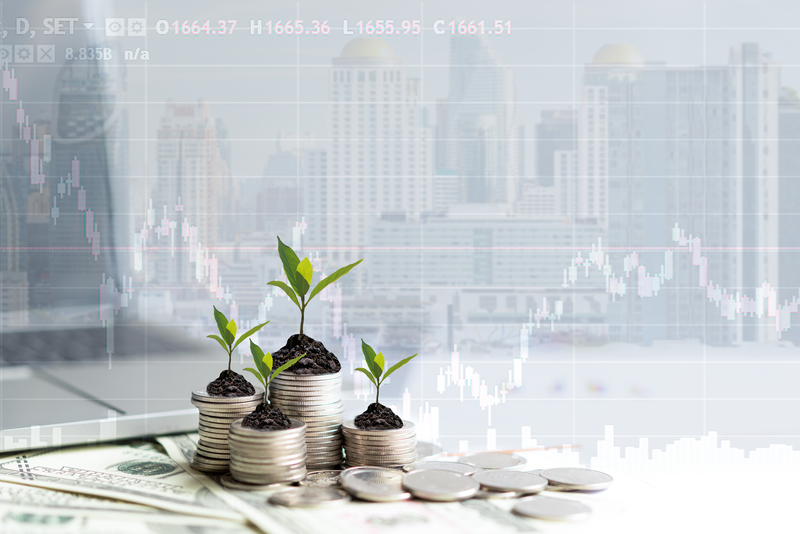 Besides being eco-friendly, there’s also several economic benefits of clean energy including:

The usage of renewable energy sources has created millions of jobs in America alone. As the emphasis on the need to use clean electricity continues to increase, the number of jobs created increases as well. With a sector that is expanding so rapidly, it’s actually one of the fastest-growing fields in the country.

Stabilize the cost of electricity

Clean energy sources may have a high upfront cost but once installed, electricity powered by solar panels and other forms of renewable energy is cheaper than fossil-fueled energy.

National greenhouse gas emissions are damaging to society as a whole by impacting the quality of our air and water. They’re also believed to cause a myriad of health concerns, some of which can shorten a person’s lifespan. Plus, climate change has already cost the US hundreds of billions of dollars. The sooner a majority of the country uses alternative sources of energy, the more expenses spared to repair the damage done to our health and the environment’s.

By becoming self-sufficient in our electricity production, America will no longer be reliant on fossil fuels from other nations. Not only does this reduce expenses on trading costs, but it also means that things like gas prices won’t be affected by the weather in another country.

How Using Clean Electricity Can Help Your Business 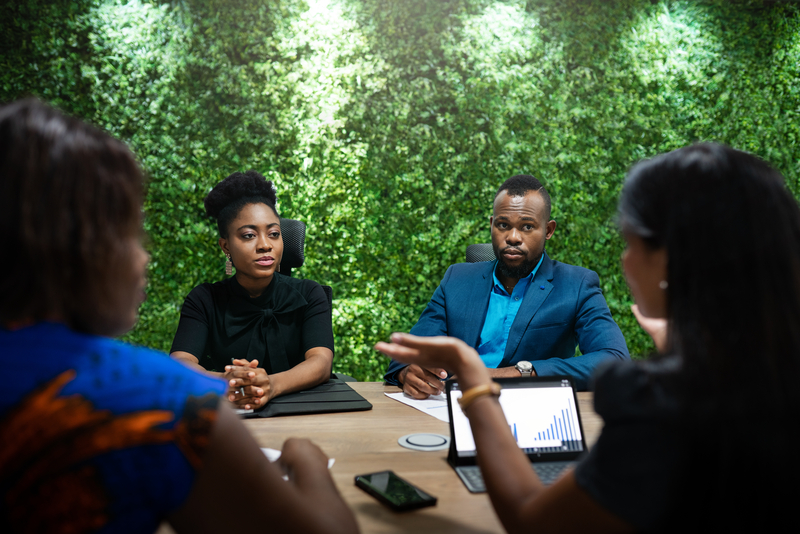 Utilizing the benefits of clean energy in office buildings may have a larger upfront cost, but will ultimately save business owners more than enough money to offset that. This cost difference stems from the fact that renewable energy will always be cheaper than nonrenewable energy because there’s an infinite amount of it. One of the easiest and most common ways businesses can clean up their source of energy is to install solar panels and energy efficient appliances [link previous article].

Making the switch to clean electricity is also a smart public relations move. It shows customers that your values are genuine because you prioritize contributing to your shared environment. Now more than ever, customers want to feel like they can trust the companies they choose to buy from. The choice to go green can also make you stand out from competitors who haven’t yet. More and more companies are switching to green energy to power their businesses. So if you don’t jump on the eco-friendly train soon, you might find yourself becoming the competitor losing business over it instead of gaining it!

Millennials and Generation Z, their successors, prioritize using sustainable energy sources much more than their parents. It’s proven to influence how they spend their money and where they want to work, Gen Z especially. They also make up the majority of the current and future workforce, with Gen Z about to become the largest demographic of consumers as well. So not only will investing in clean energy save your business money in the future, it optimizes your chances to make more money, too.